I was in West Point in 1976. It had, at that time, the biggest honor scandal that ever hit. If you have heard of the West Point Honor Code, you will know that cadets will not lie, cheat, or steal, nor tolerate those who do. That required you to turn anybody in that you knew was cheating. If you didn’t turn them in and you were caught tolerating it, you would be kicked out. It wasn’t because you lied, cheated, or stole, it’s just that toleration was the most important cornerstone of the honor code. Of the 200+ cadets that were kicked out in the summer of 76’, over 185 of them were for toleration. They knew what was going on. There wasn’t that much cheating that took place, but a lot of people knew that it was taking place.

Because so many cadets were kicked out that year, there was a tremendous amount of honor training that took place in the preceding years. It was a very dramatic, transformative time.

It was lights out at eleven o’ clock, if I put a blanket over the window so the officer of the day could not see my light and I continued to study because I was bad at math and I really wanted to be good, is that deceiving? Is that an honor violation? Or is it a traffic violation, a regulation?

The answer to these questions will have to do with your intention.

At a very sad and fundamental level, the American culture lies a lot. On average, between 80-90% of people will tell you they are basically honest. How many of you have ever used that expression? “I’m basically honest.” What’s wrong with that sentence? You’re giving yourself permission to choose when to be honest and when not to, when to have integrity and authenticity and when not to. What is the problem with someone that says, “I am basically an honest person?”

When you begin to talk ethics and truth with people, a lot of times people get defensive depending on what comes up. They will say things like “I don’t lie… Ok maybe a white lie here and there.” Or, “Okay I embellish a bit, but I am not a liar.”

Authenticity gets driven by honesty and integrity.

When you’re authentic with yourself and the people around you, you’re going to see things that you have not noticed before. The power of truth, the power of integrity, and integrity at the highest level will drive so many things because it’s at the foundation of everything you say and do. Greatness comes in the form of great self-integrity.

Megatrends 2010 by Patricia Aburdene talked about the fact that there is a growing consciousness in the country. At that time in US culture, there were a lot of people in high money positions, leader positions, political offices, and education positions, that would tell you greed is good. And Patricia Aburdene postulates that is significantly changing. The consciousness that is growing in this country is overcoming that belief and people are searching for right answers, not the most profitable answers.

Where do the companies that do that land on the profit curve? They are the most profitable companies because they are doing the right business.

When you live in integrity and move towards what you want, you are perfect just the way you are. There is nothing wrong with you. You are not broken. And by really living a life of integrity, the things that will happen to you, the new friends that you will make, the clients that will come to you, will astound and amaze you. Integrity at the highest level rewards you physically, emotionally and spiritually.

So, ask yourself these questions and really look at your model of integrity:

How do you treat you depending on who is to the left and right of you?

If you believe in the energy balance of this universe, where anything that is not true is punishing you and anything that is truthful is sustaining, supporting, and enhancing you, why do you have a hard time telling the truth?

What is the challenge that you have with telling the truth at the deepest highest levels? 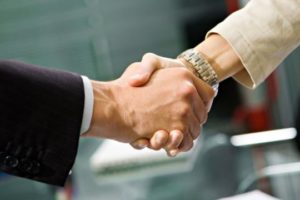 What makes one person great at sales, and someone else[...]

How To Have a Healthy Relationship

https://youtu.be/xjVpwP2ogXg   Think of all the arguments and conflict you[...] 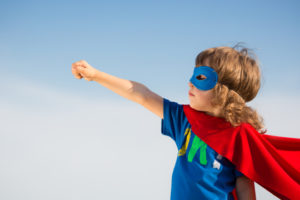 Are Leaders Born or Made?

Do you believe there are “natural born” leaders out there?[...]