Why our mental health system is really a mental illness system

You may have heard the term DSM(V), Diagnostic Statistical Manual Version 5. This is the bible by which the mental health and insurance communities treat, reimburse, diagnose, and believe about who you are in times of challenges. While on one hand we should not be surprised that the medical community, funded by Big Pharm, is working hard to medicate you more easily.  On the other hand, it is simply tragic that the over use of more “labels” for the average person will give both hope that you have an illness and its magic pill as well as little hope for a “cure.”

The sad truth is that neither much is wrong with you (long-term), nor do you need pills to cure it.

When you look at statistics, there are 37 million men on ADD meds and 62 million people on psychotropic anti-depression, anti-anxiety, and anti-bipolar medications.

Psychology Today did a great summary on temper tantrums for kids. It is now probably 20-30% of temper tantrums that you see in public are going to qualify as a mental disorder eligible for medications.

Meds are going to skyrocket in this latest revision of the DSM (you can read about some of these revisions here) . There is a significant body of physicians, psychiatrists, and mental health providers who are dramatically and radically against the DSM-V, but they didn’t win the fight.

I’m not against meds. I just view them as life preservers. There are very severe mental illnesses like schizophrenia and multiple personality disorder that require a longer medical environment. I understand that. I’ve worked in that environment too, and quite frankly, couldn’t handle it. God bless the people who work with severe mentally ill people.

I hope you are not offended if you or somebody you love is on the meds right now. I’m not saying you’re stupid or you’re wrong or you’re bad. I get audiences who sometimes get really angry at me, “You don’t KNOW WHAT I’M GOING THROUGH!” and I get that. I honor that. I have also heard, “You don’t know my son and the challenges he’s had at school. He’s on Ritalin and he’s doing much better.” Well, A) because he’s now labeled as the kid on meds, the teacher is going to treat him differently. And B) literally, you’ve stupefied his brain down to the point where he functions more slowly.

And now there might be parents that are mad at themselves and I understand there are a lot of choices out there. Anyone that wants to think about it and write me, I’ve got books and plenty of information on these various topics. You really, really want to think about educating yourself if you have anybody that you care about that’s suffering in our “mental health system”.

Here’s a real tragedy. Because I’m an MSW, I can bill clients and their insurance will pay, but they won’t do it for mental health. You can’t come in here for peak performance and say you want to get better. The only way they get reimbursed is to get a diagnostic code that says there’s something wrong with you and you’re fixing something. It’s not a mental health system, that’s a mental illness system. And the money, at a 99% level that funds it, is from pharmaceuticals.

The point is: if you, or you have friends, or someone you care about, suffers from a “disorder”, there is a whole other world out there, in the world of potentiality and peak performance and power that can help. You do not need medication.

There are scientific studies that back up these statements that you don’t need meds to literally rewire things at a very fundamentally, intense, powerful way in your mind.

You’re not a slave to these thought patterns. You have far more control over them than you know.

Chances are you have failed with your New Year’s Resolutions[...]

How coaching is different from therapy

The best way to define life coaching is to compare[...] 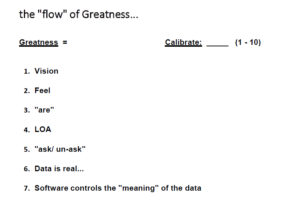