The REAL Secret: 6th Enhancement of the Law of Attraction

Specific means you can actually articulate it. “Get in shape” is not specific the brain doesn’t even know what to do with that and the body doesn’t know how to feel that because there is nothing attached to it.

You have to be able to measure your goal. Clients will come to see me and say they want more money. I will give them a dollar and say, “There, you succeeded!” So how much more money do you want?

“Having a better marriage” is not actionable for most people. You have to write down specific actions you will take like write a romantic card, buy flowers, or create a date night. Brain knows how to act on those things.

“I want a million dollars tomorrow.” Unless you win the lottery, that is probably not a realistic goal to set. If I said I am going to turn around and bench press 300 lbs or run a marathon in 3 hours tomorrow, that may not be realistic either. Make a magnificent trajectory for yourself that pushes your limits but is still realistic.

And time based, do you know when you are going to do it by?

When you look at how the top 10% set resolutions, create lists, look at next quarter in their jobs, they use this SMART format. Many know how to do it in their job, but do you do it in other areas of life like relationships, parenting, health, etc.?

Somebody who creates a neural pattern with a lot of emotional intensity around wanting something is creating a want, not actually creating the outcome. The top 10% who use SMART strategies wake up and know what action to take. They know what success looks like. People who program wanting something or wanting something better don’t create actions. They will not wake up tomorrow and do something different because they don’t know what that is.

The top 1% don’t write SMART goals, they write SMART outcomes. What’s the difference? Most people will say a goal is in the future and outcome is already accomplished.

Roger Bannister had the incredible goal to break the 4 minute mile. Everybody was saying it was impossible, scientists said it was physically impossible because of how the human body works. He trained incredibly hard in 1956 and didn’t break it and then reported to medical school in 1957. He was actually doing 10% of the normal training he did the previous year while he was in school. So what he did do to occupy his time was envision himself running the 4 minute mile and see each step and see the clock at 3.59s when he crossed the finish line. He did that thousands of times through that summer, fall and winter and broke the 4 minute barrier the following spring. He envisioned it as an outcome and he accomplished the impossible!

When you say you want something versus setting a goal that you are going to have, you are increasing in power but the top 1% sees the success and feels it. They smell it, taste it, touch it.

What most people will do as they get older, because they have mortgages or live in a world they view as risky, is think of all the things that could go wrong and focus on not screwing up. They are busy avoiding failure and they see the failure and they put a lot of anxiety and stress around it. They practice an outcome based psychology, it’s just not focused on the things they want.

In intense times most people fall back to the core program that has always served them which is boundary limited, fear, uncertainty, and doubt fueled emotions. You have the opportunity to wake up tomorrow and start creating your reality differently and use SMART aspects to attract and create the things that you want in your life!

A lot of people believe that in order to[...]

How to Turn Your Weaknesses Into Strengths

One of the biggest challenges people have with embracing potentiality[...] 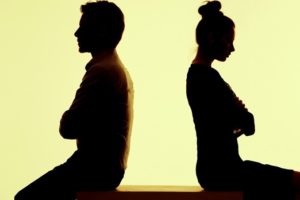 Do you ever wonder why there are so many[...]