The Difference Between IQ and EQ Leadership

IQ and EQ leadership is one of the fortes and great strengths of The Inevitable You® coaching system because it does a great job of balancing and honoring both the IQ rational, linear process and EQ emotional, intuitive side. That’s my West Point engineering and military background mixed with the social work and more compassionate, human behavior side.

IQ (Intellectual Quotient) vs EQ (Emotional Quotient) is really about how smart you are versus your emotional fluency and understanding. You may have heard of rational versus intuitive, that’s just another way to look at it. And in fact, if you’ve ever read Malcolm Gladwell’s book “Blink” (it’s a brilliant book and is one of my top 10 business books that I have clients read), the premise of that book is that intuition not only has equal weight to rational thought, it can actually exceed it. If you are intuitive, you don’t need to read a book about that, only the rational people need to be convinced that intuition has value. So it’s a very well done book that gives you a rational presentation, which in part, mirrors and models what NLP is trying to give you in tools for enhancing the EQ.

And there’s an example that’s very near and dear to my heart. In 1989, I was a single dad and had custody of a four and a six year old, and I met Barbara my wife. It was fire and passion galore and it was also fire and ice galore. So we were fighting like cats and dogs. She said, “We’re going to go to therapy or this isn’t going to happen.”

Now personally, I thought that was a brilliant idea because she was 29 and never been married, I was 33 and been through a marriage before. I’m thinking, “She needs to be fixed, and I’m not doing a good job of this.” Little did I know that maybe, there might have been one or two things that I improved on in this process!

The very first test that we took was a 20 to 30 characteristic trace to determine compatibility, and it was an IQ/EQ measurement. It was about how linear versus mosaic your thinking is. When we took this test, I was so far on the linear side of the scale, it was like a -25 on the scale of 0 to 10. There was some native EQ, but because of the military and even my early corporate life, I dismissed that and trained it out of me.

Barbara on the other hand was so far on the other side, she was like +27 on the mosaic scale. In fact, my nickname for her in our early years was called “Ricochet Rabbit” because I was always trying to argue logically. You go from point A to point B to C, and she is like, “No, no, no. I already know the answer.” I’m like, “What? You can’t have any answer!”

Part of the reason why I’m giving you this example is because you work with people like this. You lead people on both ends of the spectrum, people who intuitively go right to the answer and people who have to go, “No, no, no. Wait. I can’t get there. I have to follow you. I need to justify how I get there.” Those are going to be EQ/IQ markers for you. And as you train EQ into those IQ-centric people, you want to train more IQ into the EQ-centric people.

One is not better than the other, it’s consciousness.

It’s how we use both tools. It is a great opportunity to think about it. This doesn’t just fit in the corporate and business models, it goes into deeper energetic levels of how we interact in all relationships.

When we look at average CEOs, average leaders in business, and you think about these IQ/EQ skill sets, the average CEO tends to test higher on IQ. Meaning, they’re smart, rational, they use the tools, they do the spreadsheets, they do the process flow. They do a very good job at things that are smart and intellectual but they don’t like getting involved in a messiness that is people.

Rock star CEOs however, always test higher on the EQ scale. And the expression I always use is because they can reach into your chest and grab your heart and make you want to be greater than you are. That is an EQ skill set and that’s what’s makes them a rock star.

So that’s what we’re going to work on making you, more accessible, understanding these tools. And again, because I’m always tools-based, we’re actually going to give you some very specific applications and ways to think and do this. 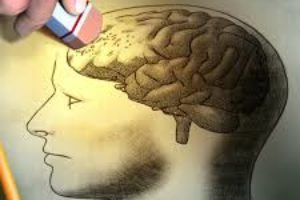 What if you woke up tomorrow morning and everything you[...]

Want to know THE most important concept for immediately improving[...] 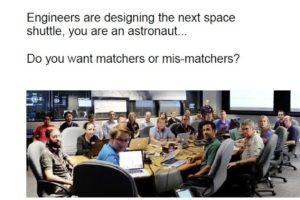 There are three massive overarching tools in The Inevitable You®[...]