Why 12 Step Recovery Programs Don’t Work For Some People

Addictions are one of the biggest mythical areas in psychology.

We have more 12-step programs than we know what to do with. We have sex-aholics, narcotic-aholics, alcoholics, shopaholics, gamble-aholics. When you look at all the “addicts” we cover 75% of the population.

However, did you know that the most commonly used recovery program, the original “12 Step Program” as developed and proposed by Alcoholics Anonymous, has about the same effectiveness rate as spontaneous remission?  The gold standard for medicine, the Placebo Effect, has a 38% success rate.  However, the American Society of Addiction Medicine (ASAM) states that only about 10% of individuals who join a 12-Step program actually recover.

How could that be? Why does one of the most widely known and attended recovery programs have such a low rate of success?

I am addressing the fact that over 90% of people who attempt to overcome their addiction using the 12 steps ultimately fail at some level.

The main reason is because at a deep, psychological level it is reinforcing, programming, and embedding the fact that these people are broken and powerless.

I had a client walk into my office after hearing me talk on the radio and he wanted me to help him with a personal challenge. He told me what he wanted help with and then said, “But first, you need to know I’m an alcoholic. I’ve been sober for 19 years, and I am very involved in AA and still go to group meetings. But I’m an alcoholic.”

I told him by the end of the session he was going to give me his 19-year AA coin. Ponder this, think of something you did 19 years ago, and you stopped doing it because it was stupid and wasn’t serving you. Is there any place in life, any area, where you go around saying “19 years ago I was that person and I’m still that person today, I just don’t do it anymore”?

Does that make sense? Should we teach people to say, “19 years ago I used alcohol as a strategy, and I am that person today, but I haven’t done it for 19 years.”

People are not broken by choice, they desperately want to be fine, and they will do what they believe they are. The power of a label is enormous.  So we must understand from where labels come.

Ponder this example: No “non-smoker” ever calls themselves a nonsmoker. You have to force them.

“Have you ever smoked?”

But other than that, they would never say, “Hey, you know what? I’m a non-smoker.”

We force these identifications and divisions into people’s psychology.

So, if you continue to call yourself an “alcoholic” even when you have not used alcohol for 19 years, does that serve you? Or, does it only reinforce a deficit in your psychology?

When you label someone as having a deficit, and believing they have a “disease” and no power over something like alcohol, it is more harmful to their psychology and will create limitations and challenges in other areas of their life. That is the power of labels like “I’m an alcoholic.”

Very few teach the fact that addictions, when properly focused, have great value. Most people hear the word “addictions” and immediately assign a negative value and connotation to it.

Addiction doesn’t have a positive or a negative value to it, it’s about what you are addicted to. If you’re addicted to drugs or alcohol, that’s not good. But you can be addicted to marathon running or religion or a healthy level of work.

When you look at great addictions, they have great outcomes. Addictions always have powerful outcomes. It’s just a matter of what it is to which you are addicted.

Addiction is great psychology if it’s addicted to the right things.

If you have dealt with addiction or alcoholism, you’re not broken.

There’s nothing wrong with you; there are only things wrong with your programs, your strategies, and your patterns.  You wouldn’t look at a corrupted piece of software and go, “Oh, the computer’s bad—let’s throw it away.”  You would just reload the software, or you would upload a new program.  Same goes for your mental blueprint.

DO NOT reinforce and repeat a label that makes you believe you are broken and powerless. Focus on your strength, find an addiction that serves you!

In order to truly enhance your use of the previous[...]

Greatness is about setting standards and pushing boundaries

Is “greatness” hard or easy? What happens when you really[...] 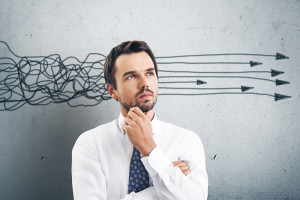 The Mindset of a Successful Business Owner

Successful business owners declare an unrealistic truth and find a[...]