ADD is a Myth!

ADD is a myth, it does not exist as they teach it to you today.

You know it as an Attention Deficit Disorder because kids can’t sit in classrooms because they have a hard time focusing. I’m not going to dispute that the symptoms can create challenges, but I am talking about the label that we are appending to them that they have a deficit and a disorder. The common sense truth is that you can put these kids in front of a video game and they will play it for hours. Because these kids think faster, think more globally, have more brain power to access than “normal”, average kids that oftentimes have the ability to sit in the normal educational pace that most of our classrooms are. Video games which have multiple sensory inputs keep these kids engaged so we know these kids function faster than other kids.

Secondly, they do not have a deficit.

They have a challenge with a system that is too slow paced for them. Even if they did have a deficit, by law, anything that has a deficit must have a surplus in another area. Instead of labeling them with a deficit, find their surplus and label them with that. Think about the kid that takes medication today and lives their life believing they have a deficit and a disorder compared to other kids. And in a parallel universe, that same kid has a surplus and we work with it and it’s the surplus that helps them handle the challenges of day to day life. Think how much better off they will be

A client of mine has a son that won an educational award in the DARE program about his topic: Ritalin as a gateway drug. His letter said,

“As a young child I learned that were drugs that would alter my moods. It was not marijuana. When my behavior was inappropriate, there was a drug that I could take that my teachers encouraged my parents to give me. The drug is legal and approved by society to help kids perform in the classroom. Teachers really appreciate the use of Ritalin and similar drugs because it makes their job easier. My question is why don’t teachers take Ritalin so that they can cope with us? Ritalin changed my mood from joy and enthusiasm to one of depression and irritability. It made my heart sad, but boy was I focused. And teachers love that.”

If you are a parent giving your child medication, it is altering their behavior.

If Ritalin works for your kid and you are happy with that choice, I honor that. I understand there are some extreme cases, and difficult cases, and normal cases where it works. But for the vast bulk of these kids growing up with this message that they are in a deficit and a disorder, we begin to label in this society and people act accordingly. It’s not the other way around, you don’t look at their behavior and then create the label. When you create a disorder and look at a kid that is above average and is having a tough time functioning in a slowed down environment, they are going to grow up with that label and will struggle their whole lives. Change the label, when you label somebody they accept it and begin to behave accordingly.

Change the ADD label, change this myth. It is not a deficit or a disorder. Find their surplus and work with it, label them with their greatness and their superpower.

What is your recipe for success?

People are always looking for the next, best recipe for[...]

There is a notion that who you are today, and[...] 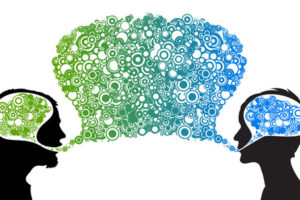 How to Improve Communication

When clients ask me how to improve their communication skills, it’s[...]