I think that the metaphor of a trapeze best represents this idea, and here’s why. When you move from the “old you” towards the “greatest version of you,” your fear level continues to go up in direct proportion with your level of advancement. As a result, when you elevate to the “greatest version of you,” your fear is going to shoot out of sight. It’s going to be crazy and intense. You will feel anxious and unconfident, and you’ll think to yourself, “Can I do this? I’m now climbing a new part of the mountain—it’s hard! I’m in a place I’ve never been! I’ve never even pictured myself being here!”

Have you ever seen the TV show, Circus of the Stars? Although they had a lot of acts, the most thrilling was always the trapeze act because it’s one of the scariest and most difficult. The celebrities on the show would deliver their performance 40 feet off the ground, and they would dramatize the whole experience on TV by showing several dynamic camera angles. It all made for breathtaking, awe‐inspiring footage. The handsome star or the beautiful starlet would leap out towards the trapeze, and everybody in the audience would be in a trance and on the edge of their seats. Would the hero or heroine successfully catapult into a graceful trick, or would he or she fall into disheveled failure? It was all very exciting to see.

To discover the “greatest version of you”, here’s what you must do. You must climb your tower to the tallest platform you can handle and then you must go up one more. You must stand in this tiny tower platform to make your giant leap. You are going to be clutching your stomach and feeling weak in the knees, but you must stay strong because there’s more. Even though it’s scary, you must also remove your personal safety net. The “greatest version of you” cannot be afraid to fall.

And last, you must remove the trapeze over there, too. The “greatest version of you” is limited on this side of the leap by your life experiences here. You must leap and believe that you will create a new trapeze when you get to the other side! It’s time to take a leap of faith. You must launch forward, let go, and never look back. You must go the full distance! You must do so with total conviction, utter confidence, and sheer determination. The “greatest version of you,” by natural law, cannot see the trapeze that will catch you. You must jump blind, but your greatness will create exactly what you need exactly where it needs to be the moment you arrive.

The “greatest version of you” always knows how to succeed. You will naturally find your balance and catapult into a new place—as long as you trust in yourself. As you leap into the “greatest version of you,” you will become a new person—again! You will start to think new thoughts, have new feelings, and take new actions. Although this may be one of the most terrifying leaps you have ever made in life, you must have faith that all the resources you need will show up exactly when you need them. And, even if they don’t show up, you must still believe that you are on the right path. You must understand that you needed the growth more than you needed the exhilaration of success. You needed the lesson more than the victory. Even if you fall big, it will be with purpose, and it will bring you closer to your ultimate goals.

Finally, also know that nothing will ever happen that you cannot handle. Launched into this space of faith and growth, the “greatest version of you” will always find its natural resting place. You will always find your natural home, and you will come to know a sense of peaceful fulfillment that comes with that. Beyond the abyss of your greatest challenge, you are in a powerful, solution‐driven universe. Acknowledge your own faith and certainty and then use these pivotal tools to reinforce the truth that you already know deep inside—the “greatest version of you” is capable of soaring where nobody else waits, where nobody else dares to go, and were nobody else even believes is possible. When you get there, congratulations! You will have finally stepped into the “greatest version of you.” But beware—there is no turning back from here!

When you live as the “greatest version of you”, you will exponentially increase your results with the Law of Attraction and what you are manifesting in your life.

Answer these questions to get clarity on what the greatest version of you is:

• Who is the “greatest version of you”?

• Does stepping into the “greatest version of you” elicit a sense of fear or a sense of excitement in you?

• What does it mean in your life to take a leap of faith into what’s possible as the “greatest version of you”?

How to Eliminate “Self Sabotage” Behaviors

Are you subconsciously sabotaging your success and Greatness? This episode[...] 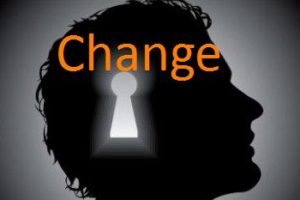 When talking about how to create lasting change and transformation,[...]

“Good is the enemy of great”